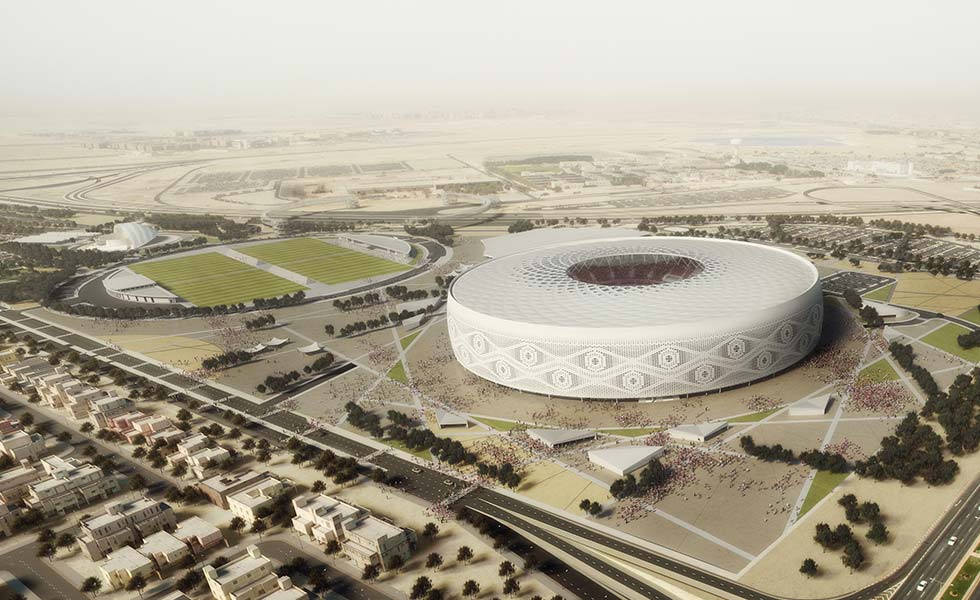 The design for Al Thumama Stadium was entrusted to Arab Engineering Bureau and its GCEO and Chief Architect Ibrahim Jaidah back in 2015.

Concept is derived from a traditional head piece worn by men across the Middle East locally referred to as gahfiya. Gahfiya is worn by young boys before they would wear a full headgear and adult men wear it under their ghutras.

Being the first GCC architect to take on the design for the World Cup stadium, it is clearly difficult for Ibrahim M. Jaidah to hide his excitement and pride:
“I was extremely enthusiastic when we were awarded the design for Al Thumama Stadium. Here, the aim was to create the design that would resonate not only with Qatar but with the whole region. In our culture, the gahfiya forms an important part of every young boy’s pathway to adulthood, and this rite of passage was fundamental inspiration for the design. I am honored to have been given an opportunity to work with such exceptional local team that represents Supreme Committee for Delivery & Legacy who have challenged me as an architect to create a landmark for our future generation. Further, I am very proud of the talented team of individuals from AEB who have supported me though the process.”