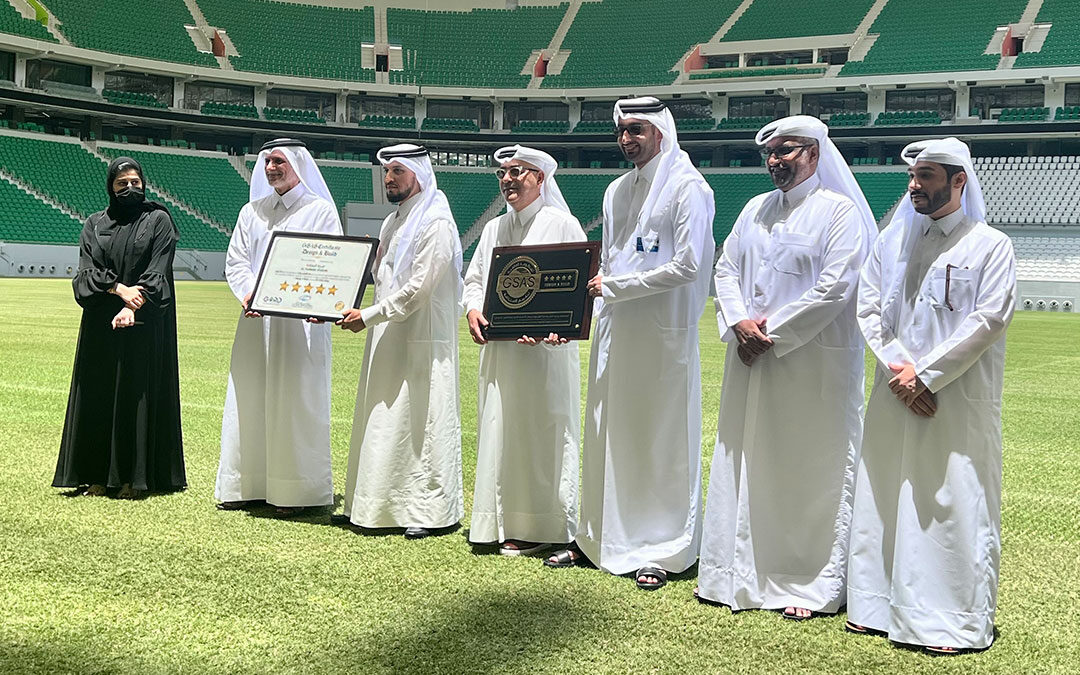 GSAS is the first integrated and performance-based system in the Middle East and North Africa (MENA) region for assessing and rating buildings and infrastructure for their sustainability impacts. The framework has been developed by the Gulf Organisation for Research & Development (GORD).

Our Group CEO and Chief Architect Mr. Ibrahim M. Jaidah said: ‘It’s a great moment to win five stars. Reaching five stars means this stadium has the highest sustainability rank for any stadium construction, not only in Qatar or the region — actually, in the world. No stadium has reached the highest score rating. So it’s a great honour for us, and we are proud that all the stadiums built in Qatar are four and five stars. They are all sustainable, and these will be setting the benchmark for any future stadiums built anywhere around the world,”

Mr. Jaidah’s interview was featured in several newspapers and at least five TV channels with local and international reach. It is our pleasure to see Al Thumama’s sustainability practices being recognized.