Located on the Lagoon in the West Bay of Qatar’s Capital, Doha, in an area of prestigious residential villas, the concept was to create a cluster of houses which imitated an old neighbourhood, with walkways between the villas and a sense of community as well as offering its own private beach. The compound consists of two adjacent lots of 17 villas in a gated community with central facilities and a clubhouse. The idea was to maximize the commercial potential of each villa by providing sea views to as many units as possible. The constraint was that not all villas would have the adjacency to the beach frontage. To cover the depth of the site, different degrees of visual contacts to the privileged view were established.

The villas themselves consist of four bedrooms and open plan living areas. The large windows facing out to the sea take advantage of the prime views over the lagoon. The use of materials was carefully selected to further capture the feel of the local vernacular, such as the use of wood. Local carvings were blown up and used in a more contemporary way, as an abstract representation, to provide decorative detailing on the facades of the villas.

This residential project exhibits a continued application of traditional Qatari architecture in modern living spaces. The sequence of public and private spaces was studied to form a logical scenario from entering the compound gate to the villa door as well as from private indoor spaces out to the family garden. These series of spatial experiences had to be choreographed without conflict with the need for privacy and public exposure.

The challenge posed in the layout is how to preserve privacy of each unit within the community yet creating a dependency between them to form a complete and exciting ensemble. It is in the conclusion of the project that physical barrier was not the only way of preserving privacy but subtle solutions such as changes in material texture, strategic building positioning, a planned vistas and landscape visual impact are of an equal importance as a design tool. 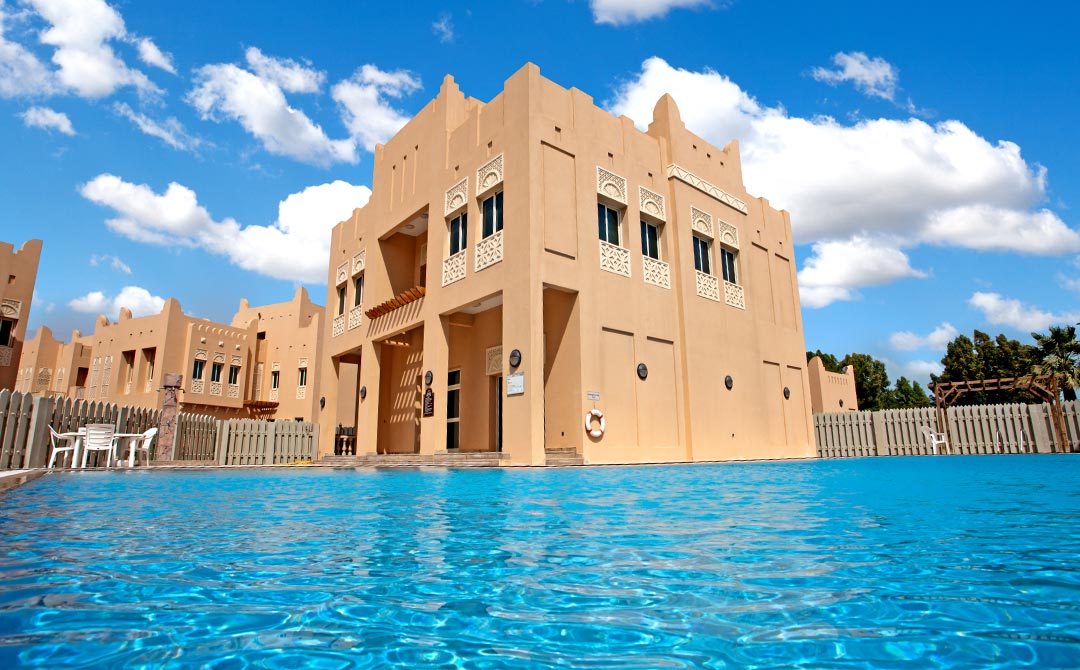 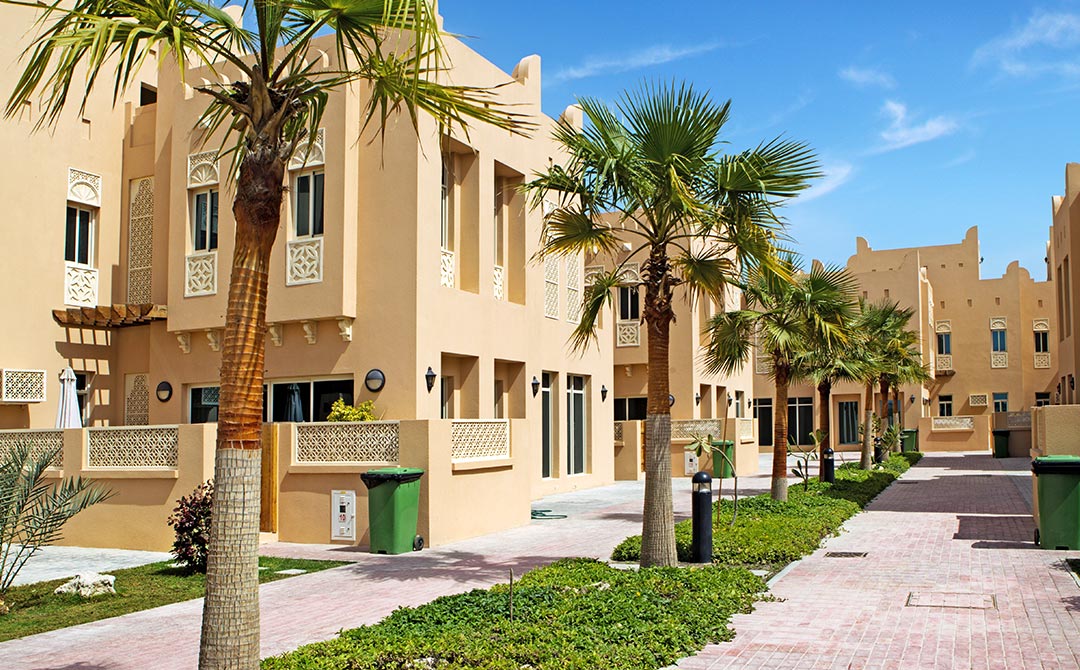 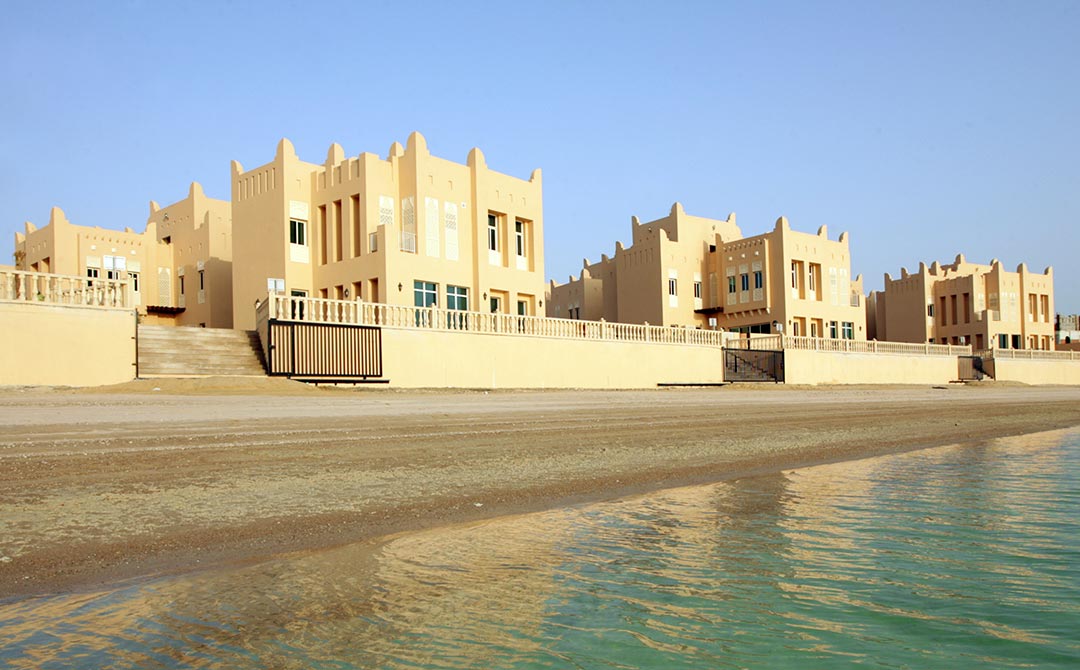 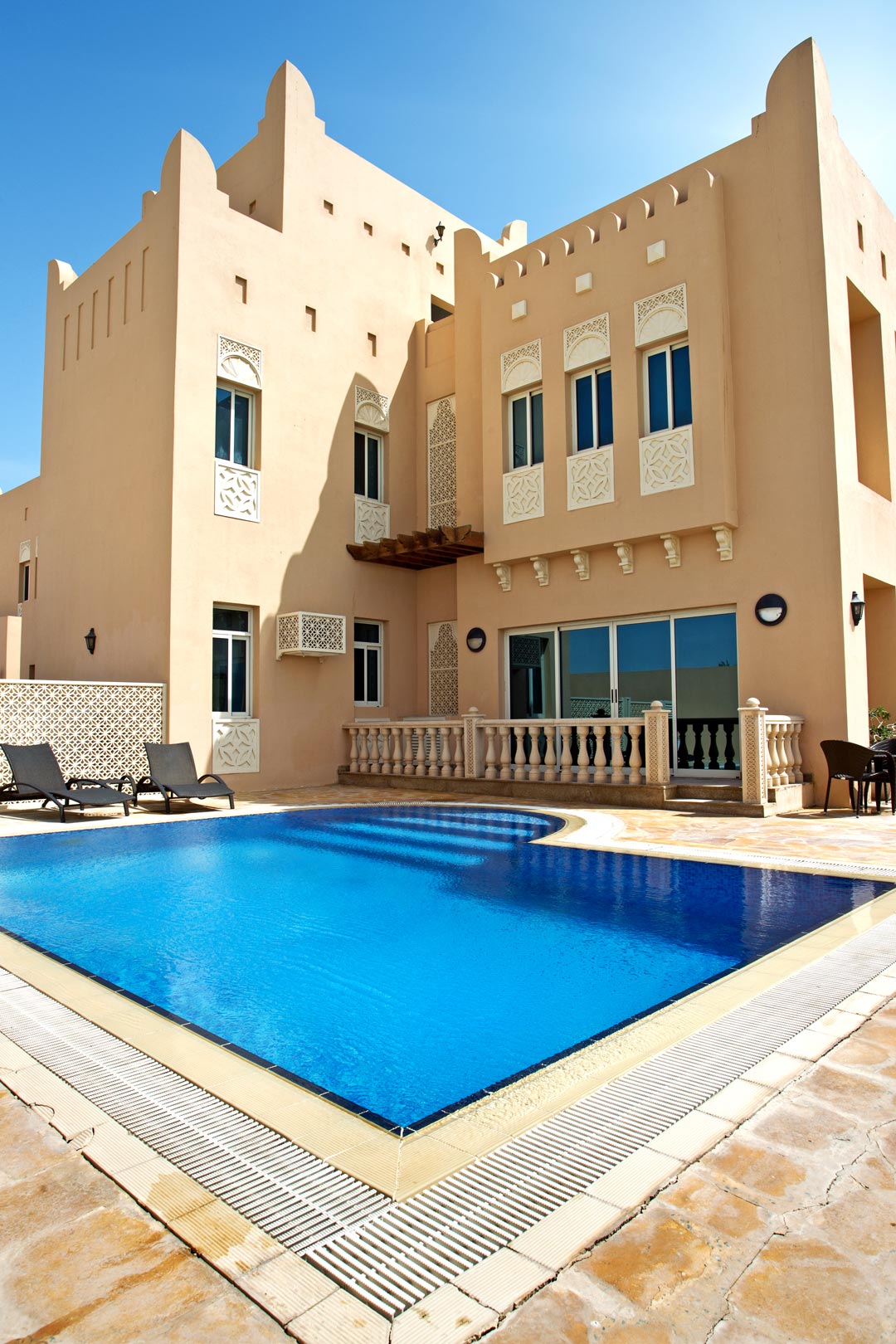