Embassy of Qatar in Bahrain

Our firm has been designing offices for the government of Qatar since long, and one among them was the design of the Qatar Embassy Building in Bahrain. Our pre concept design secured first position in the design competition.

Construction of this award winning design was completed in March 2014; situated in a prime location in the diplomatic area in the Kingdom of Bahrain. The prestigious project was awarded by Ministry of Foreign Affairs of the State of Qatar.

Our scope included detailed design that is inspired by vernacular architecture, representing traditional Qatari architecture in the Gulf area. Although the expression of Qatari Architecture was a key feature, the embassy introduced new technical and construction standards to the area, responding to Ministry of Foreign Affairs requirements.

A main challenge in the design was balancing the security requirements and accessibility. Four major circulations were carefully studied in the design stage:

A paved walkway was created passing through a well-landscaped foreground of the embassy, leading to the multipurpose hall. The residence is a separate structure but is socially connected to the embassy building by the Majlis, which serves both the Embassy and the Ambassador’s house. 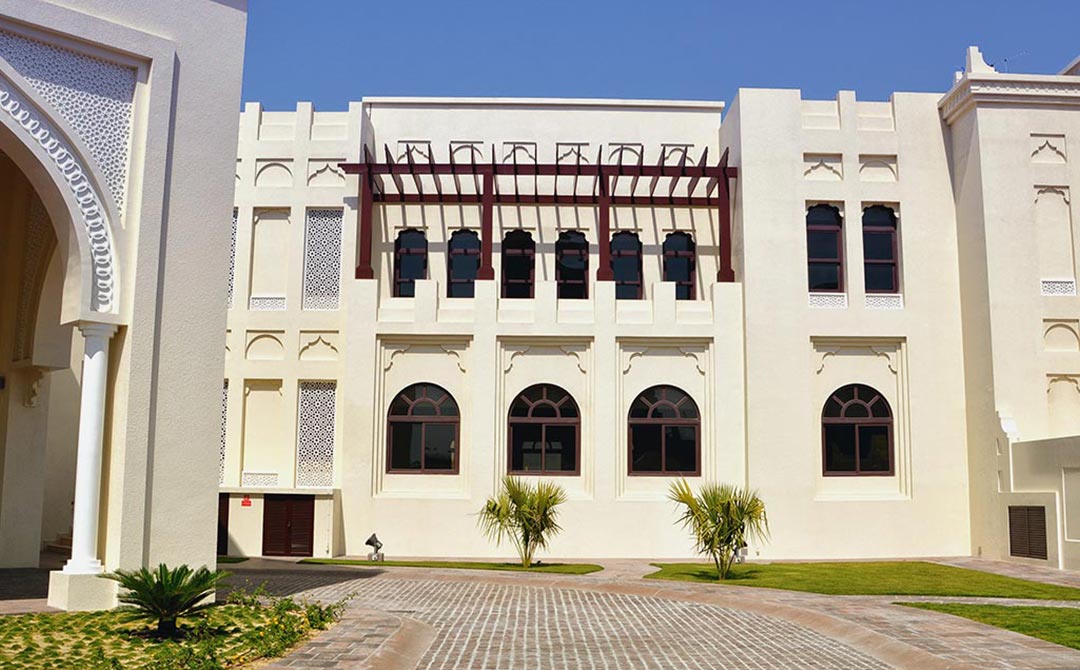 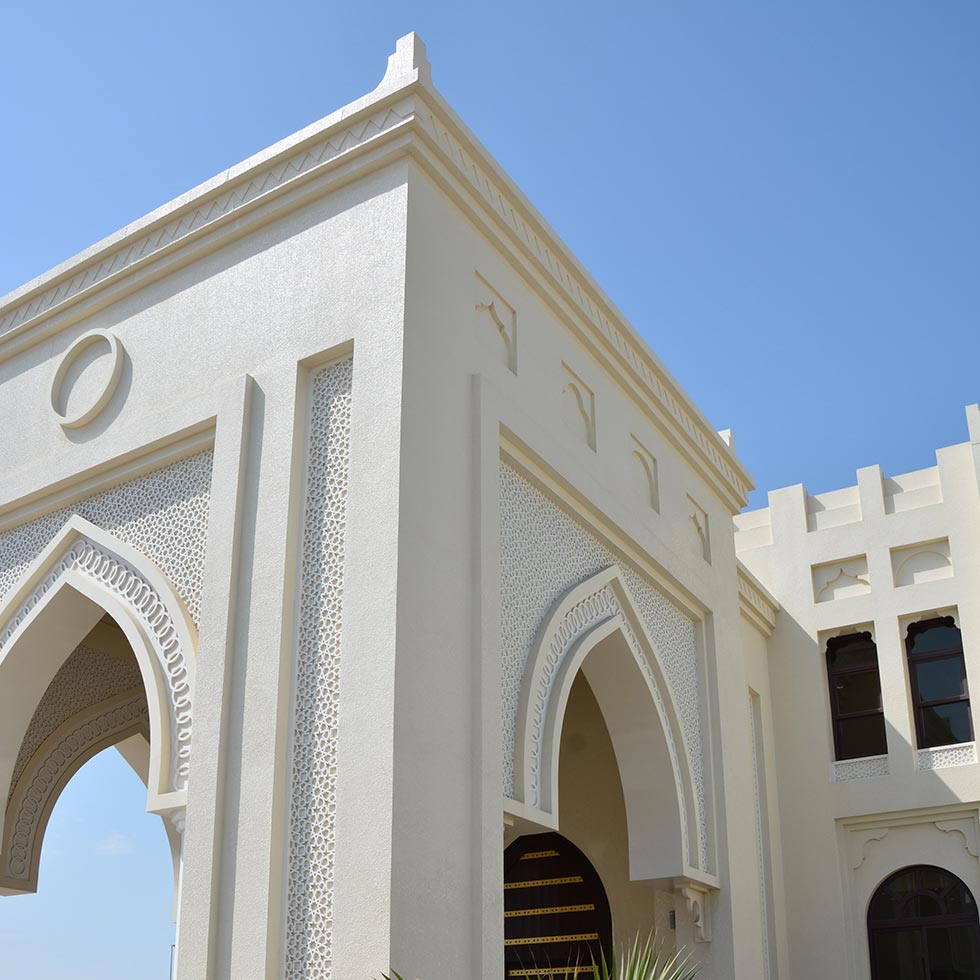 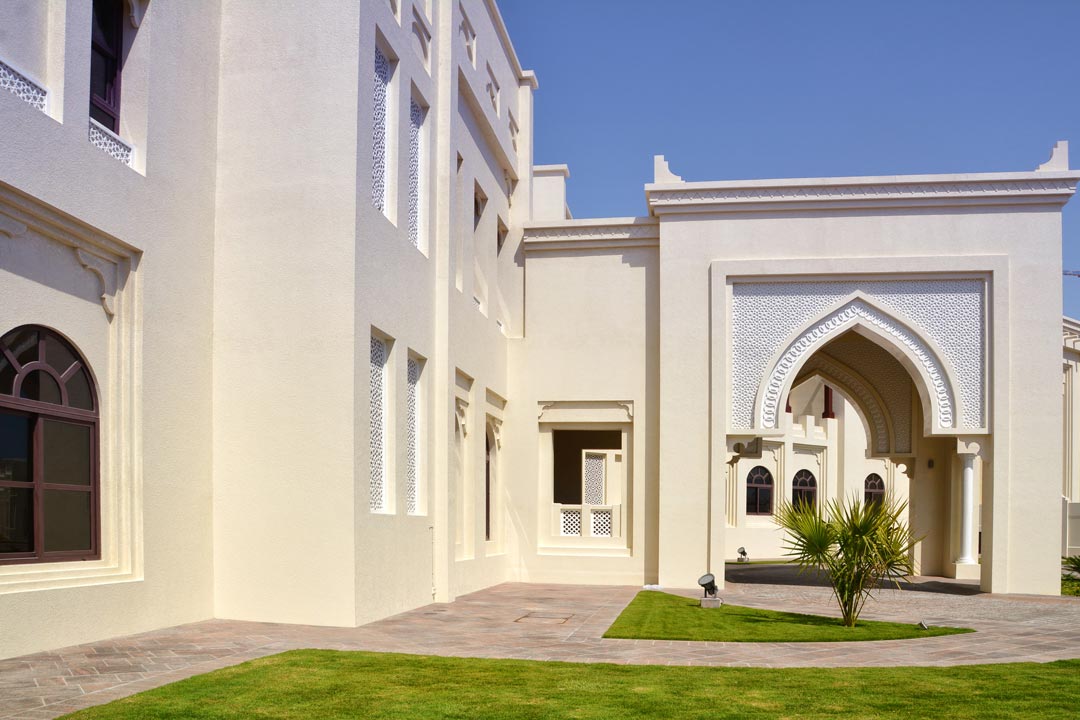