Few of the buildings in the modern Doha cityscape have acquired the stares of appreciation, and graced the snapshots of tourists and photography afficionados quite like Barzan Tower. Reaching skywards to the majestic West Bay skyline on 22 levels including basement and the ground floor, this structure is the creative marriage of traditional Qatari architecture and modern design concepts. Its concrete decorative details and glass curtain wall create an image of the futuristic glass building metamorphosing from a traditional edifice, like a butterfly emerging from its cocoon.

The design concept for this structure garnered the firm a nomination for the prestigious Aga Khan Awards for Architecture in 2004. It was one of the firm’s first commissions to complete a high rise, in what was then the burgeoning business district of West Bay. When Barzan was initially completed, it was one of the few towers in this area of the city, with previously only large international consultancies having had the opportunity to design projects in the area. The firm was approached by the client because of our strength in designing in the style of the local vernacular. However, it was decided that a building designed only in this style would not be in keeping with the mood of the area, and as the years would go by and the area developed, a low-rise traditional office space would soon date and no longer be in harmony with its surroundings. This led to designing a tower, where at podium level, a local village was created, while a blue curtain wall rising out from this village represents the future of the nation of Qatar. 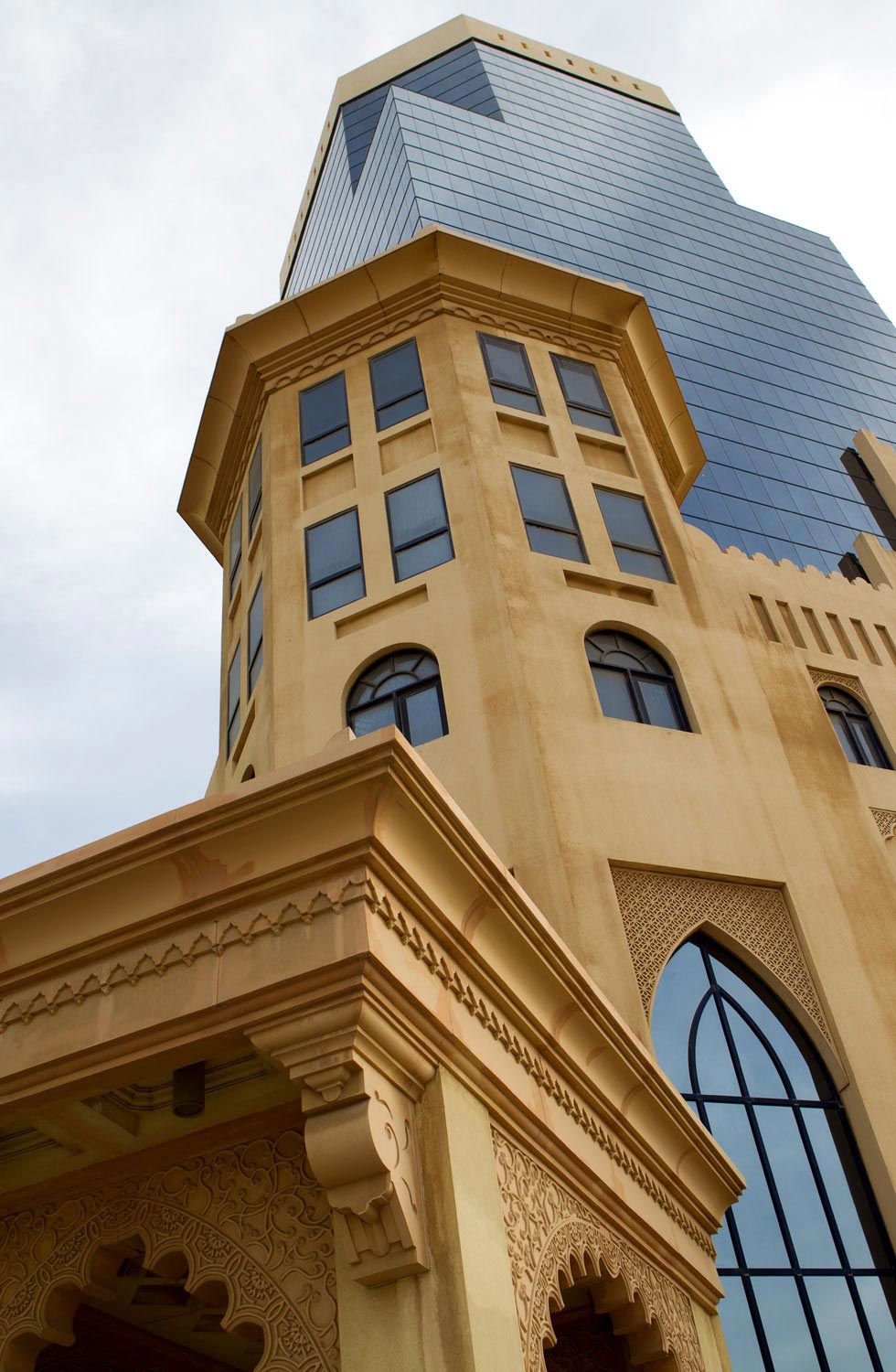 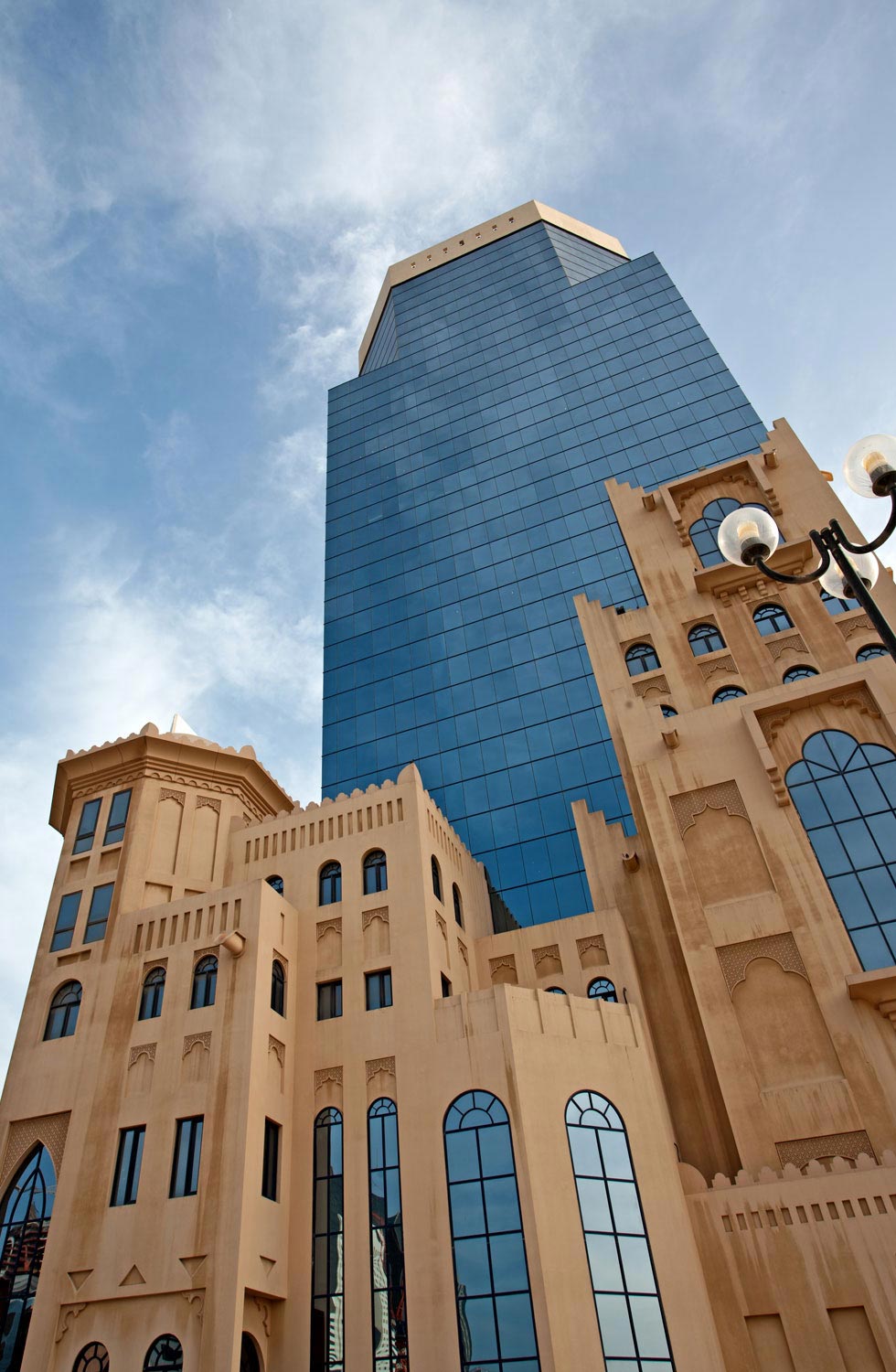