When this project was built, it was initially planned that this school would serve an area of Doha which had started to grow but which so far lacked an educational infrastructure that would enable children to move from elementary to university level. The complex hosted the Qatar Academy, Shaqab College for Designing Arts and Al Shaqab Girls Institute. As Doha has developed and it was deemed not only necessary but fundamental to the growth and development of both Qatar and the Gulf region to establish a centre of educational excellence, Al Shaqab Institute became the centre of Education City and now acts as the headquarters for the Qatar Foundation which is responsible for the expansion of educational sector in Qatar.

The architectural concept was derived from both traditional Arab Islamic architecture as well as the function of the school. For this reason, the school was designed around a central courtyard, around which all of the facilities that the student would require are located; with the public facilities being located at ground level and the private areas of the school being arranged on the upper floor. The courtyard is the heart of the school, geographically, architecturally and socially.

The courtyard is obviously of great importance to the design of the school and as a result many design elements were incorporated within it. In the centre is located a water fountain composed of an octagonal star design. The corners of the courtyard comprise internal gardens, where the architect has managed to combine the aspects of earth, water and sky. The light enters the courtyard from above, enabled by the fact that the roof has been raised to a level which allows tall windows in the form of arches resting on columns. This design, allows for as much light as possible to enter while reducing the ability of the sun’s heat to enter. The Wind Tower, so often seen in Gulf architecture is incorporated within the design but in this case provides illumination as opposed to their true function of providing ventilation. Each wind tower contains a stained glass window so that a spectrum of light is reflected into this central area. 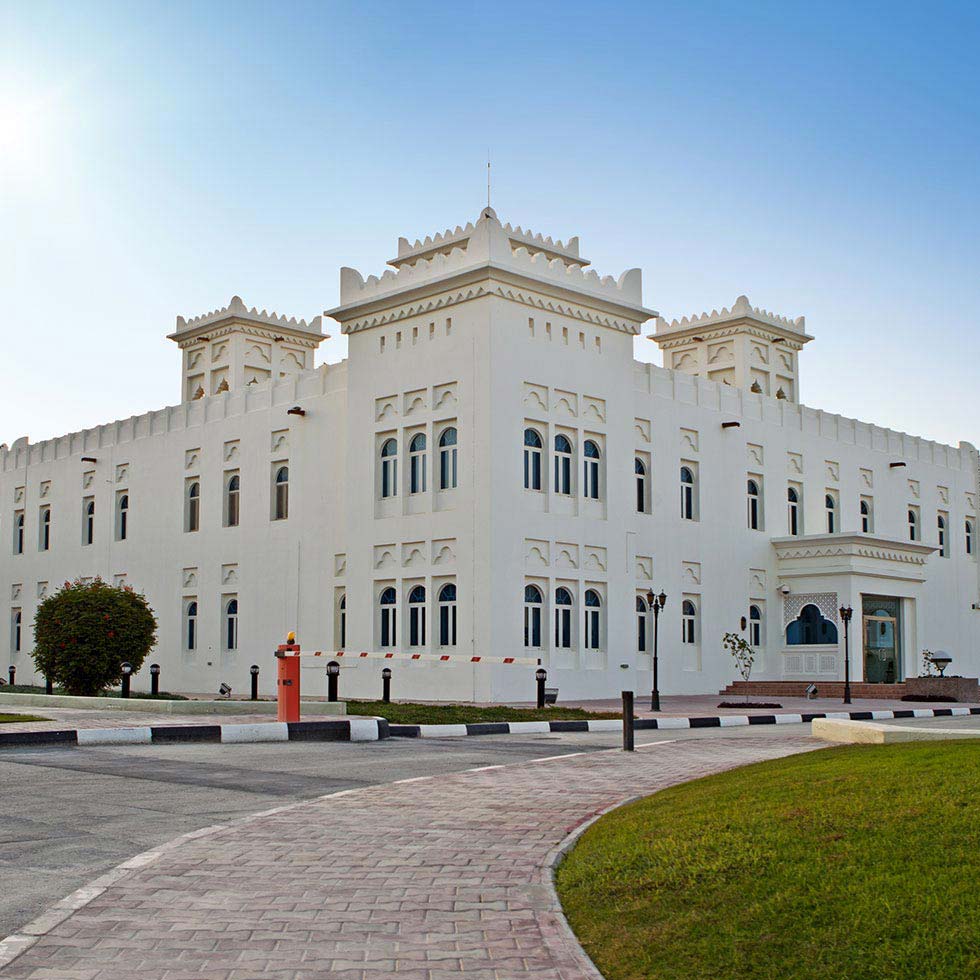 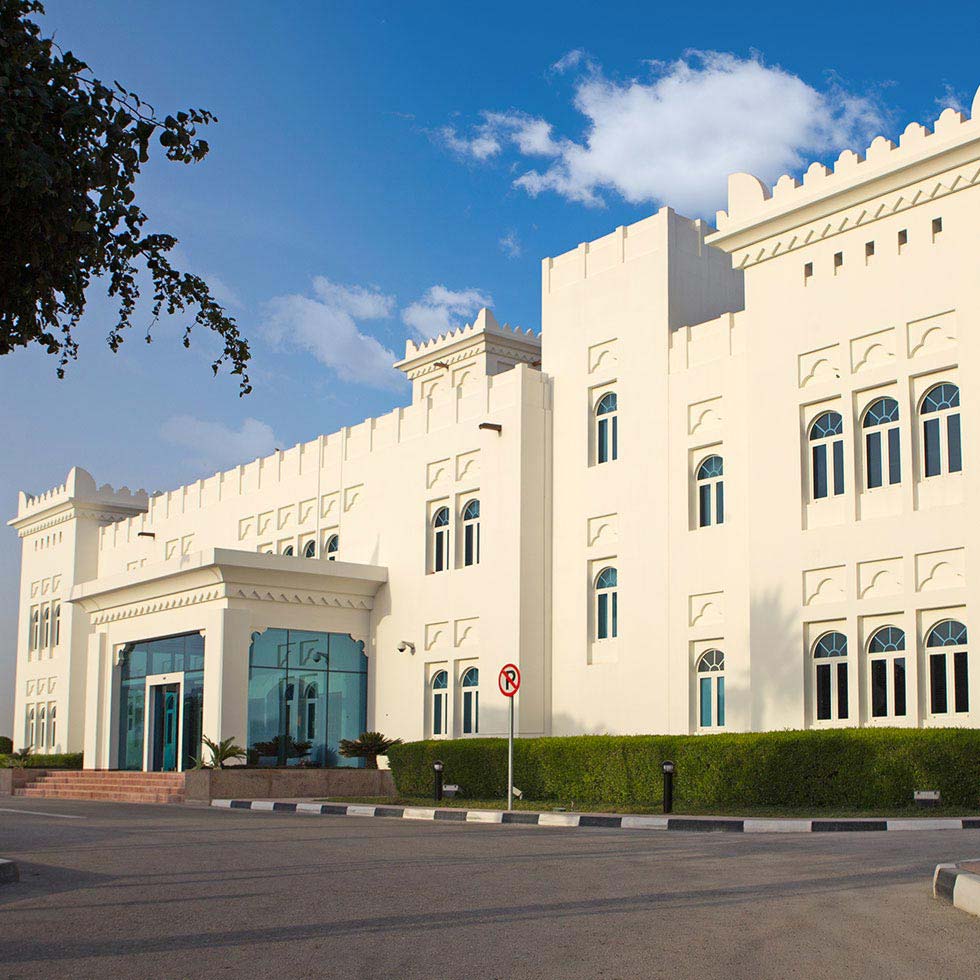 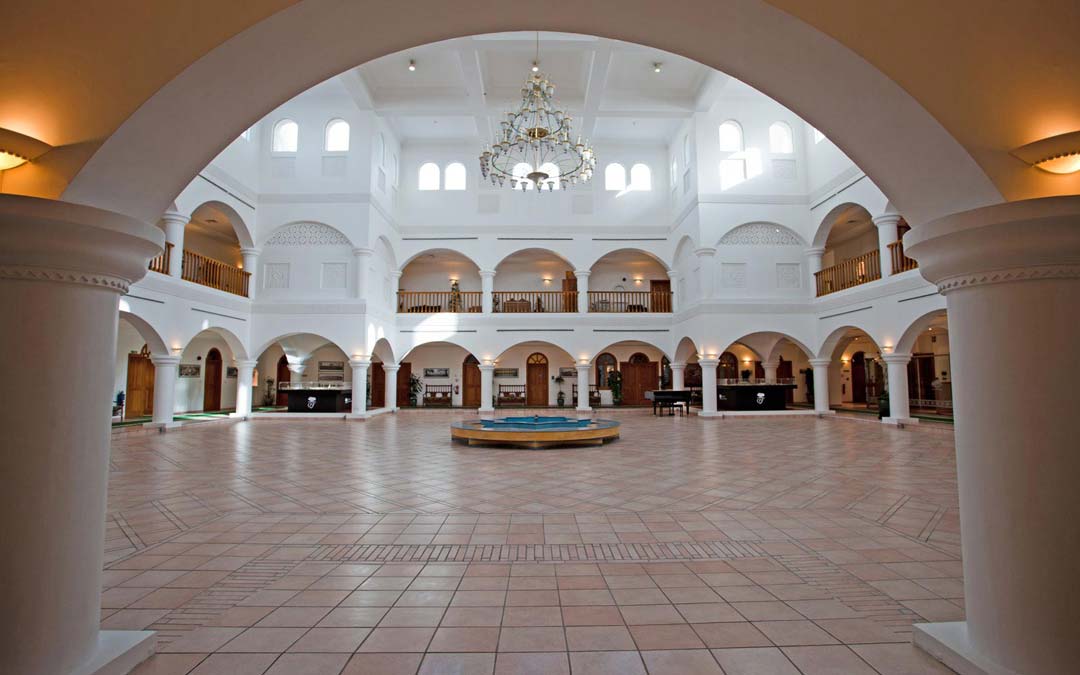 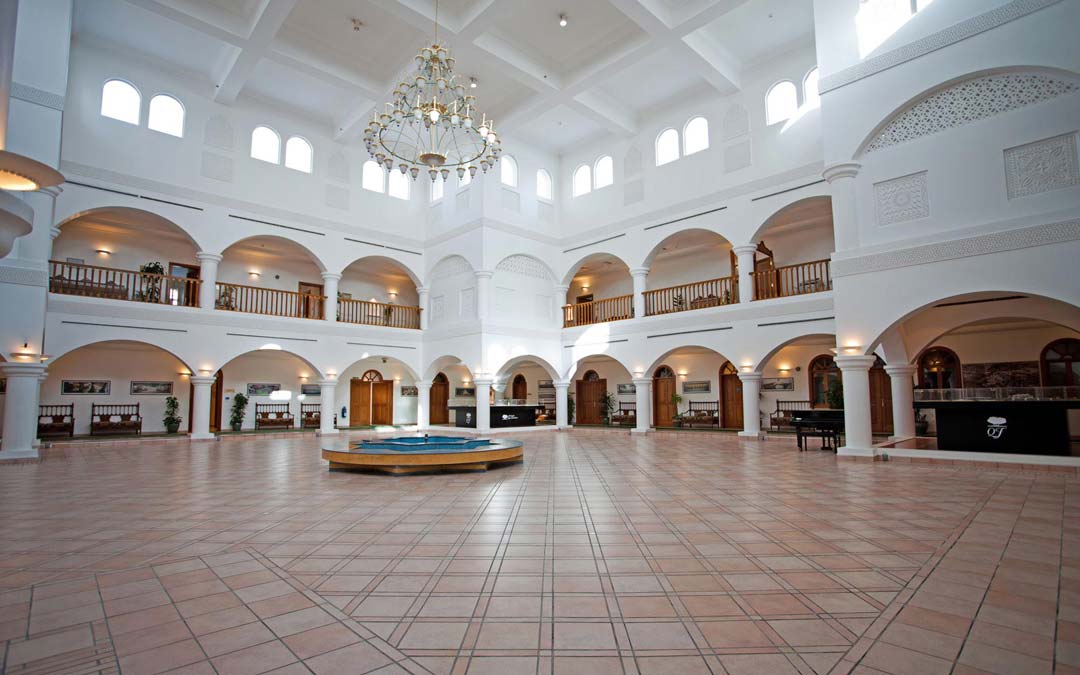 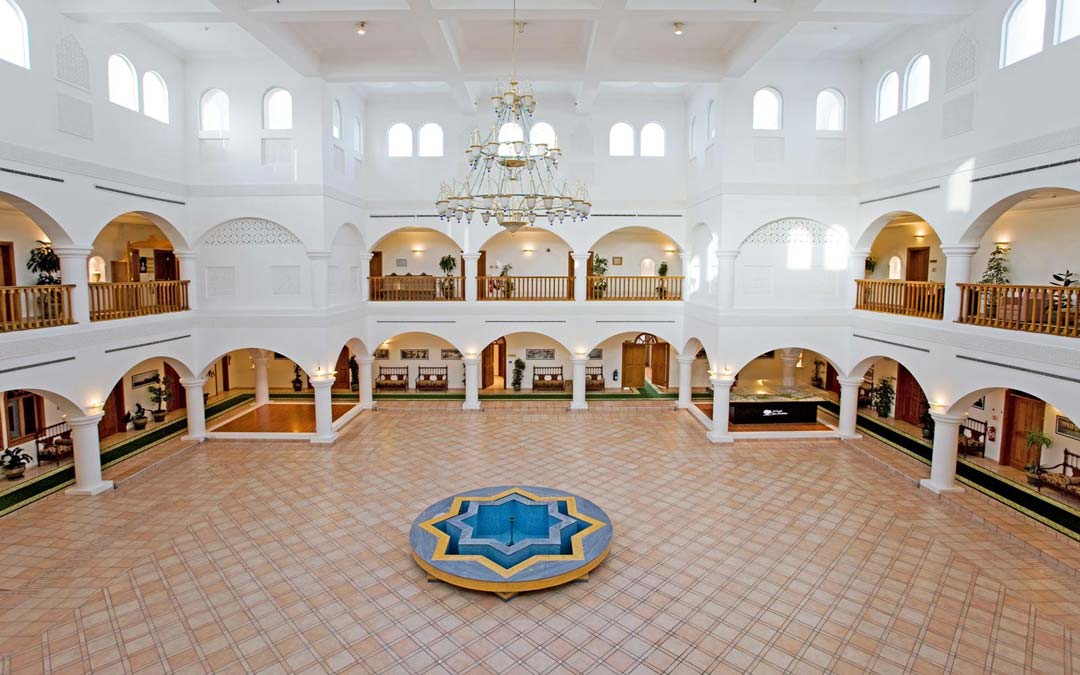